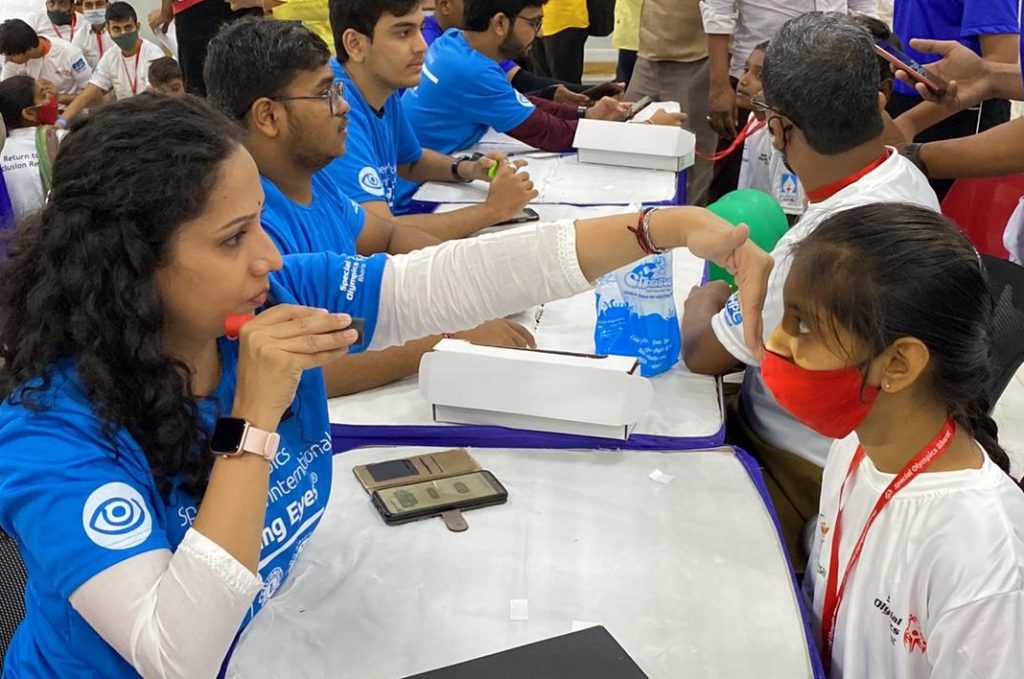 Mumbai: Launched under the Azadi ka Amrit Mahotsav initiative by the Government of India and on the occasion of World Health Day on April 7, 2022, Special Olympics Bharat successfully concluded the largest National Health Fest for people with Intellectual Disability (Divyangjan). This initiative offered free health screening of a total of over 90,000 athletes with intellectual disabilities exceeding the target of 75,000 in over 75 cities of India to mark 75 years of India’s independence. The screenings were conducted by 7075 clinical volunteers, across 139 locations in 31 States, through overwhelming support received at the national and local levels by government bodies, corporates and communities.

The national programme culminated in a grand celebration held at the Narendra Modi Stadium, Ahmedabad, which was graced by His Excellency Shri Acharya Devvrat and the Hon’ble Chief Minister of Gujarat, Shri Bhupendra Rajnikant Patel. Speaking on the occasion he expressed, “Today has become a special day for Gujarat. This programme is aimed at the health of people with intellectual disabilities and has become a unique and inspirational one on the occasion of World Health Day. This National Health Fest will become an example of healthcare and boost the health of people with intellectual disabilities. It has shown a new path in their lives.”

With this attempt Special Olympics Bharat has made it to the Guinness Book of Records for most people running in place simultaneously (multiple venues), wherein all the athletes did spot jogging for a minute across multiple locations.

SO Bharat entered the Asia Book of Records for a maximum number of medical and sports professionals trained online for screening and training people with Intellectual and Developmental Disabilities reaching a total of 8772, exceeding the target of 7500.

The World Talent Organisation awarded SO Bharat with the largest number of people (Intellectually Impaired/IDD) who participated in the fitness training programme in a week at multiple locations.