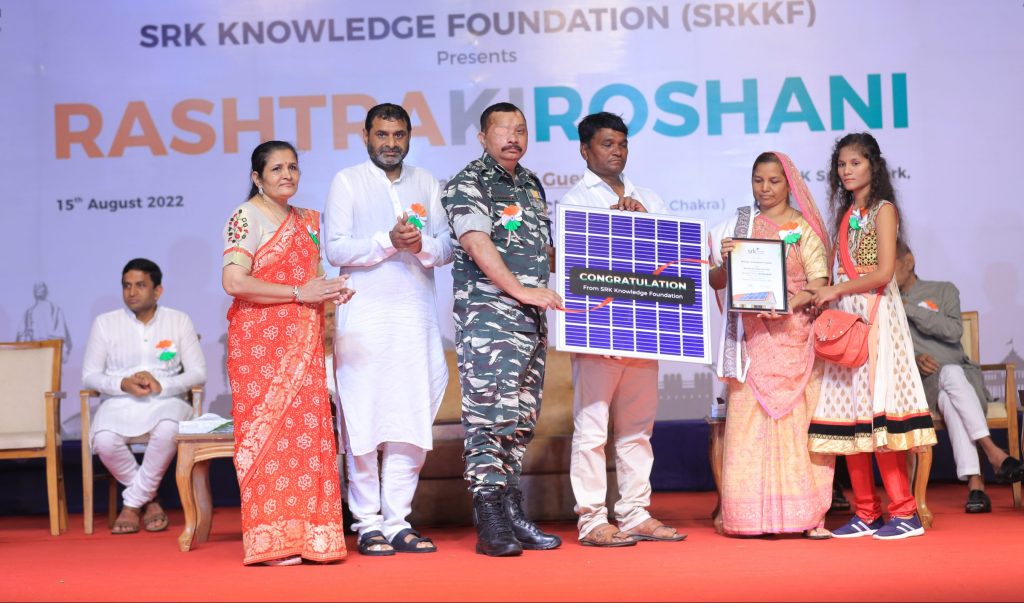 India: SRK Knowledge Foundation (SRKKF), the philanthropic arm of global diamond leader Shree Ramkrishna Exports Pvt. Ltd (SRK), announced they would install residential solar rooftops at the homes of 750 martyred soldiers and unsung heroes across India. SRKKF is committed to creating a better future for humanity, and, through its philanthropic efforts, strives to help realise a sustainable future for the communities in which SRK operates.

The announcement was made at an Independence Day celebration by Shri Govind Dholakia (Govindkaka), SRKKF Founder and Chairman, in support of Prime Minister Narendra Modi’s “Azadi ka Amrit Mahotsav” campaign to celebrate 75 years of India’s independence. SRKKF pledged to help the families of our unsung heroes by installing free solar rooftops at their homes.

“At SRK, we are committed to protecting our environment, preserving our natural resources, developing socially responsible leaders and giving back to our communities,” said Govindkaka. “Our unsung heroes have made the ultimate sacrifice to protect our freedom and preserve our wellbeing. ​We, at the SRK family, are inspired by their patriotism and we will never forget the sacrifice made by these heroes and their families. This is why we decided to provide free solar energy to power their homes for their entire lifetime. We hope this pioneering initiative from SRK will inspire other Indian business leaders to also give back to these leaders and their families.” 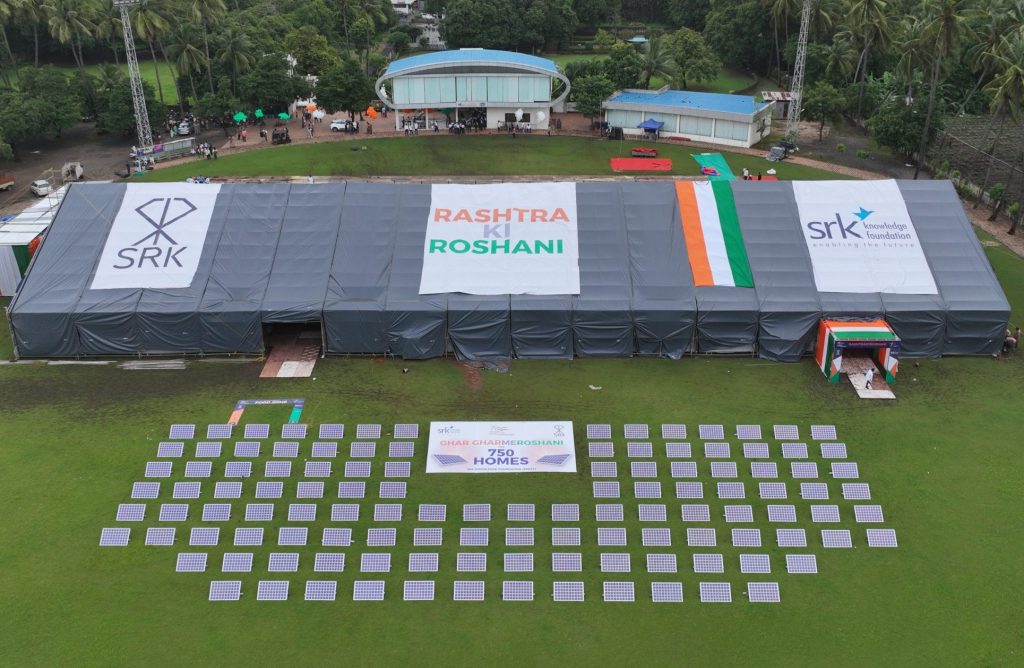 The 750 KW rooftop solar systems will be used to power 750 homes. The initiative will impact more than 3,000 lives and enable residents to save at least Rs 2,000 per month. This initiative also supports Goals 7 and 11 of the UN Sustainable Development Goals (SDGs).

In March 2022, SRKKF announced plans to transform Dudhala village in the Amreli district of Gujarat into a green village by installing solar panels across the community. 400 KW solar rooftop arrays will power 350 houses and public areas in the village and, once complete, will be the first village to be completely powered by solar panels. Earlier in 2016 at Nadabet, SRKKF also organised an event – Hum Chale toh Hindustan Chale – to felicitate our brave army jawans and honour them by providing aid to the families of martyrs and funding increased medical care and supplies, including an ambulance, water purifiers and new a medical centre at the border.

Under the leadership of Govindkaka, SRKKF has financially supported the educational and medical needs of over three million people and conferred the ‘Santokbaa Humanitarian Award’ to 13 eminent leaders since 2006 in fond memory of his mother.