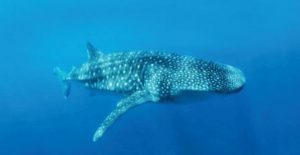 Amid Dwindling Global Populations of Whale Sharks, there is a Local Conservation Success to Celebrate

A community-led conservation project initiated by Wildlife Trust of India, Tata Chemicals Ltd, and the Gujarat Forest Department has helped the whale shark find a measure of security on the Saurashtra coast where it was once brutally hunted, but there is still a lot of work to be done across India and internationally.

The gentle giant of the sea, the world’s  largest fish, is growing in popularity but  as yet poorly researched, and recently  categorised as ‘Endangered’ on IUCN’s  Red List due to negative human impacts  both direct and indirect. 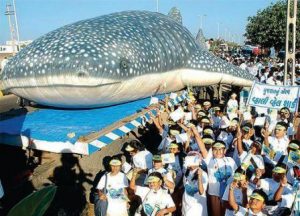 Whale shark population is dwindling globally but there is some cause for celebration along the vast shoreline of Gujarat, where fishermen who once hunted the whale shark have, over the last decade, become its proud protectors.  Through the combined efforts of the Wildlife Trust of India (WTI), Tata Chemicals (TCL), and Gujarat Forest Department under the Whale Shark Conservation Project – the only such project focused on the welfare of the whale shark in India – the fish that was once locally referred to as ‘barrel’ has now become ‘Vhali’, the loved one, and has found pride of place next to the Asiatic Lion on the wildlife map of Gujarat. As a result, 601 whale sharks have been rescued and voluntarily released by fishermen as of July 2016.

WTI, in partnership with Tata Chemicals and Gujarat Forest Department, had launched the project in 2004 with a large-scale awareness campaign on the protected status of the whale shark and its plight in the Saurashtra region.  Providing invaluable support was poetpreacher sharks and to set them free to roam the waters of the world.

The project also included a model relief program under which monetary support was offered to fishermen whose nets were damaged or had to be cut open during the rescue and release of whale sharks. Additionally, to speed up the rescue process and reduce stress to entangled whale sharks, a photo documentation process was evolved in 2012 wherein 1200 waterproof cameras were distributed among fishing communities in Sutrapada, Veraval and Dhamlej. The captured images of a rescue by fishermen could now serve as evidence to claim financial relief for damaged nets from the Gujarat Forest Department, leading to the rescue and voluntary release of 601 whale sharks till July 2016.

This community-led conservation model was presented by the WTI research team at the 4th International Whale Shark Conference (IWSC) held at Doha, Qatar in May, and received great appreciation from the world’s experts on   whale sharks and marine conservation. Tata Chemicals Ltd., as the project’s donor, received a Letter of Appreciation   from the IWSC organising committee for its outstanding support for the conservation of whale sharks in Gujarat. The project team also plans to organise a South Asian Whale Shark Symposium in India in the near future.

“We need more information about the behavioural and migration patterns of this species, which enjoys Schedule1 status under the Wild Life (Protection) Act, 1972, but is not studied as much as others in this category”, declares Professor BC Choudhury, Senior Advisor and Project Investigator, WTI. “This is also the reason why so little is known about these magnificent creatures. Science can help us understand them better and draft a conservation strategy that will ensure their survival in the deep blue seas.”

Talking about the over a decade long conservation project, Ms. Alka Talwar, Head, Corporate Sustainability, Tata Chemicals Ltd., said, “WTI and the Forest Department will continue to have Tata Chemicals’ sustained support as we strive to save our natural heritage and help communities to learn more about Whales Shark Conservation. Marine conservation has grown by leaps and bounds in Gujarat, and is the new frontier in conserving nature. As always, Tata Chemicals is committed to the important issues of biodiversity and will continue to take steps in conserving nature and species in years to come.” 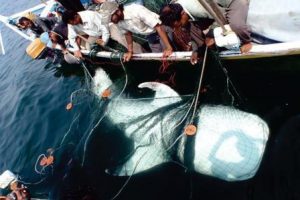 Further, the team is taking the Whale Shark Conservation Project from the west coast to the east coast, with support from the Andhra Pradesh Forest Department, EGREE Foundation and IUCN. WTI has finished a Traditional Ecological Knowledge (TEK) investigation of whale shark distribution along the Andhra Pradesh coast and has just initiated a similar survey along the Odisha coast.