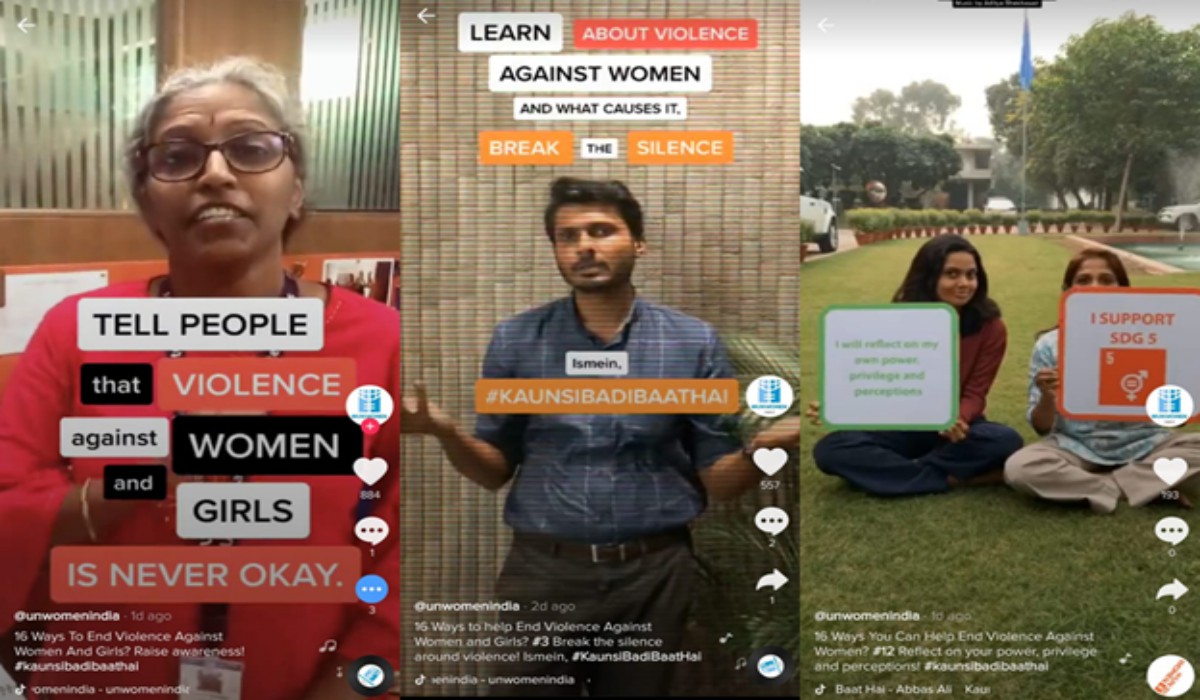 India, November 26, 2019: UN Women India, the United Nations entity committed to gender equality and empowerment of women, has collaborated with TikTok, the world’s leading destination for short-form video content on their campaign called #KaunsiBadiBaatHai. The campaign aims to raise awareness and inspire action towards making the world free from violence against women. This initiative is a part of the global 16 Days of Activism focused on ending gender-based violence. The ‘Orange the World’ campaign, kicked off on November 25, observed as International Day for the Elimination of Violence against Women, and will continue till the International Day of Human Rights on December 10.

TikTok will run the hashtag #KaunsiBadiBaatHai on the platform for 16 days with an objective to mobilise users from across the country. The in-app campaign aims to encourage users to show their support by undertaking the #KaunsiBadiBaatHai “Rap for Change” challenge and sporting shades of orange, in their videos. The colour orange is globally recognised as the colour for the elimination of violence against women and symbolises a world that is free of all acts of violence against women.

The campaign rap called Kaunsi Badi Baat Hai that users can use as a soundtrack for their videos is written and rapped by Delhi-based 16-year-old Abbas Ali from Slam Out Loud, and composed by Aditya Shekhawat highlight instances of violence against women and questions existing negative socio-cultural norms.

Speaking about the collaboration, Nishtha Satyam, Deputy Country Representative, UN Women India, said, “UN Women is committed to making spaces safe for women and young girls; for violence against women and young girls has real consequences and costs. Through our proud partnership with TikTok for this campaign, we hope to raise awareness and unite users to break the silence around violence.”

Nitin Saluja, Director, Public Policy, TikTok India said, “At TikTok, our mission is to inspire and enrich people’s lives and give them an outlet to express themselves in a way that adds value to the community. We are proud to collaborate with UN Women India for this campaign as their community partners, and we believe that the highly engaged community on TikTok has the potential to contribute towards a change in society and spread the message of a violence-free world.”

To know more about this campaign, follow UN Women India on TikTok (@unwomenindia). Use the hashtag #KaunsiBadiBaatHai and join the movement for ending violence against women.