The Central Indian region is home to 70 per cent of the tribal population of the country, covering over 100 districts in eight States – extending from Banswara in Rajasthan to Purulia in West Bengal, but the percentage of area under irrigation in these tribal areas is half that of non-tribal areas. Moreover, the tribal communities residing in these geographies face multiple challenges such as undulating hilly mountainous terrain and sloping agricultural land, which makes it non-conducive to groundwater storage and difficult to access them during dry seasons. Based on these observations, ABF and AKRSP have done an extensive study on the Central Indian region to showcase the irrigation investments made by the governments and how large dams, lift irrigation schemes, well-digging schemes and other water-focused schemes are the requirements of the tribal geographies.

Speaking on the launch, Dhruvi Shah, Chief Executive Officer, Axis Bank Foundation said: “Water security is one of the primary challenges that rural communities experience. While it is important to allocate more resources for water control in tribal areas, it is also critical that the resources be used for greater effectiveness. The compendium will offer an insight to the policy-makers, practitioners and NGOs, as they try and enhance water security in some of the poorest regions of the Central-Indian tribal belt.’’

Apoorva Oza, CEO – AKRSP (I) said, “We have a curious problem of tribal poverty caused by poor water control despite good rainfall. This can be addressed by scaling up context-specific solutions which have stood the test of time. This compendium will help all of us use our resources more wisely. Hence it’s essential that donors and NGOs come together not only for field implementation but also for thoughtful research into what works best to solve the complex problems of rural poverty.” 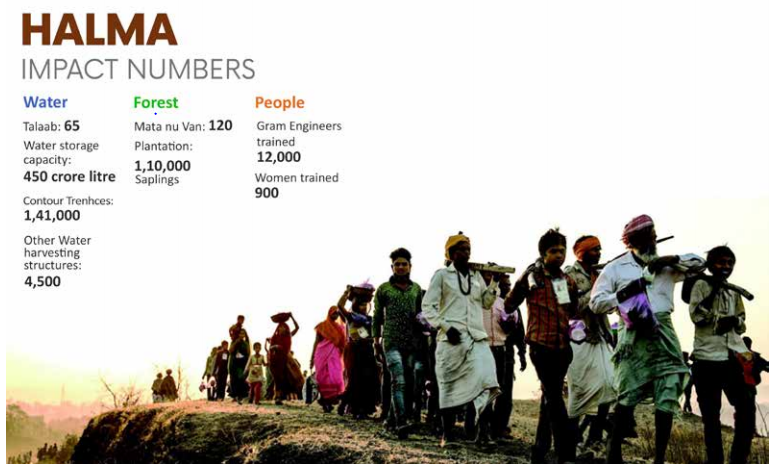 The compendium showcases a few successful interventions undertaken by CSOs and NGOs to ensure drinking water security, as well as the availability of water to support livelihood for inhabitants of the Central tribal belt. It further showcases some of the best traditional practices in water management and conservation effective in the tribal context. For instance, one such traditional method to irrigate crops has been the diversion of water in perennial or seasonal streams through an intricate network of channels, thus allowing water to flow to fields using gravity. This system, known as Diversion-based Irrigation in modern times, has been practised in various parts of the country since times immemorial under different local names.

This extensive compendium suggests practices that can be shared with government departments that look into irrigation and tribal affairs, for effective implementation of farm water infrastructure across all and districts and states, leading to improved water access and control by the tribal communities.