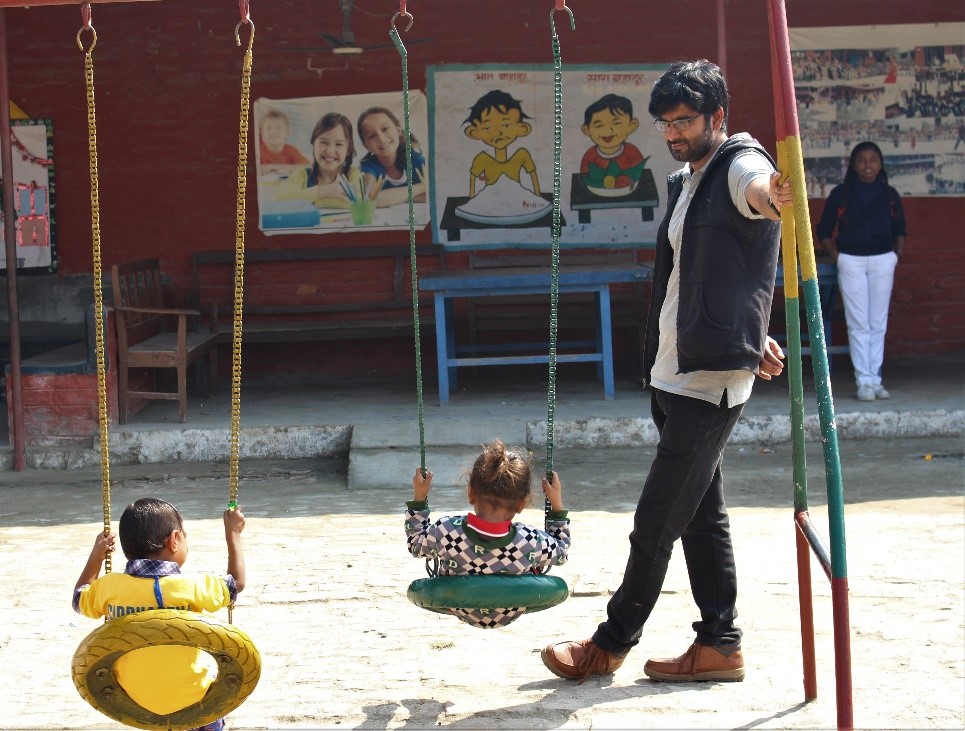 International Agency for Prevention of Blindness (IAPB), through the Eye Health Hero Award, celebrated and rewarded Abhishek Jha globally for his social work towards restoring sight in local communities.

Abhishek Kumar Jha, Programme Manager, Orbis, in India, has been bestowed with the prestigious IAPB Eye Health Hero Award in the Future Leaders category for his extraordinary work in the field of children’s eye care in India. The event, among others across the world, is part of World Sight Day (October 8, 2020) celebrations.

Taking the lead, Abhishek has established himself in the community of eye care as an Orbis India representative; adding another feather in the cap of Orbis celebrating 20 years of its existence. A social development professional, Abhishek has worked for the community in rural parts of Bihar and other parts of the country to bring change in the lives of marginalised groups.

In his role at Orbis, Abhishek Jha has managed to implement a large-scale school screening programme called REACH (Refractive Error Among Children) which has reached out to over 40 lakh children in three years across five States – Kerala, Madhya Pradesh, Maharashtra, Tamil Nadu, and West Bengal – providing them with access to eye care to enable them to fulfil their fundamental right to education.

As a child, Abhishek suffered from a refractive error which remained undetected for two years which turned him amblyopic. The pain of not having clear vision made him detest school, but soon after getting clinical help, he was able to see clearly enabling his growth personally and professionally.

Abhishek felt a personal connection with the work Orbis was undertaking to bring about a change in children’s eye care, and without a second thought, he went ahead in his journey to work for the noble cause to help children like him not face the same hurdles as he did.

The Qatar Fund for Development supported REACH model in India which reached over four million children in three years has been replicated in Province 1 and 2 of Nepal, and is currently in its first phase of implementation. Abhishek has been working with Orbis’s partners in Nepal to successfully implement the programme and reach more children.

The award has opened avenues for winners towards not just establishing themselves as leaders in eye care but also to gain access to exclusive international IAPB events; one of them being the ‘Eye Inspire’ interview series. The award is a stepping stone for leaders to raise their international profile and expand their influence as experts in the field of community eye care.

During the event, Mr McMullan, IAPB President, said that the ‘Future Leaders’ category assumes importance as it sets the stage for leaders who have immense potential to lead the future.

Prior to Abhishek, Dr Rishi Raj Borah, Country Director – Orbis India, had received the award in 2017 as recognition for his then role as Programme Director at Orbis to bring change into the lives of the children in India through innovative initiatives in eye care.