Bengaluru: A vast majority of Indians believe that technologies such as 5G, AI and IoT will create a positive impact on society. The survey indicates that 42 per cent believe that 5G will have the most positive effect, followed by AI and IoT. These are some of the findings from the Bosch Tech Compass, a representative survey of the general public in China, India, Germany, the United Kingdom, and the United States. The survey had its global debut at CES 2022. In view of the rapid and profound changes technology is driving in many spheres of life, the Bosch Tech Compass aims to encourage people to take a closer look at the positive impact of technological progress on a globalised world.

Technology to play a key role in combating climate change

Climate change is a global concern of pivotal importance to individuals, communities and organisations. While technology is in every sector, using technology to combat climate change has gained importance lately. “Creating an ecologically sound and sustainable environment should be an imperative for individuals and organisations and not just an afterthought. People want technology to help them live a better quality of life that offers convenience and an ideal way of living. Bosch Tech Compass shows how technology is instrumental in solving the climate crisis,” says Krishnamurthy Vadiraj, Head Technology & Innovation, BGSW. 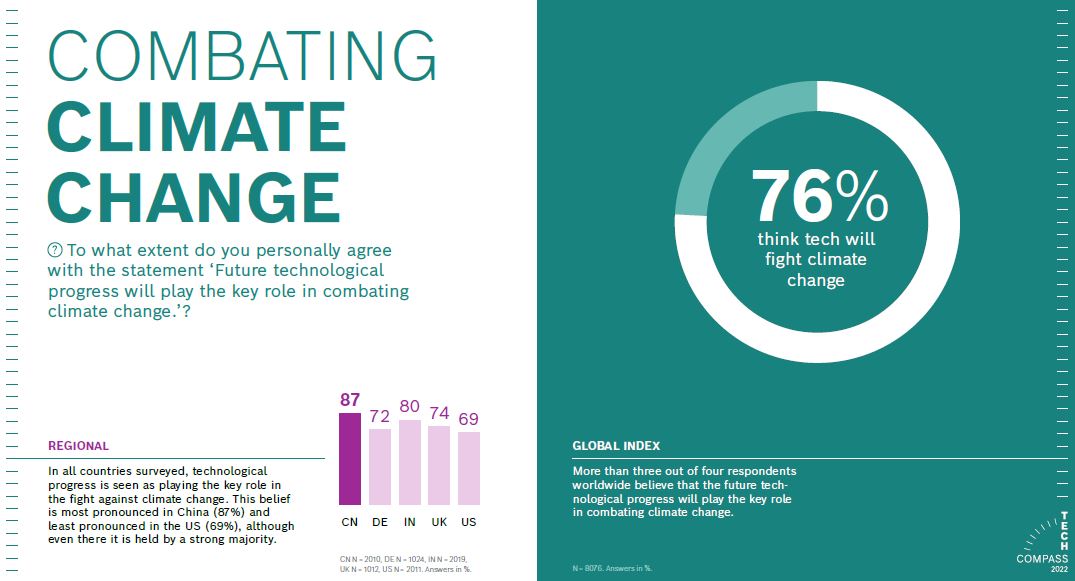 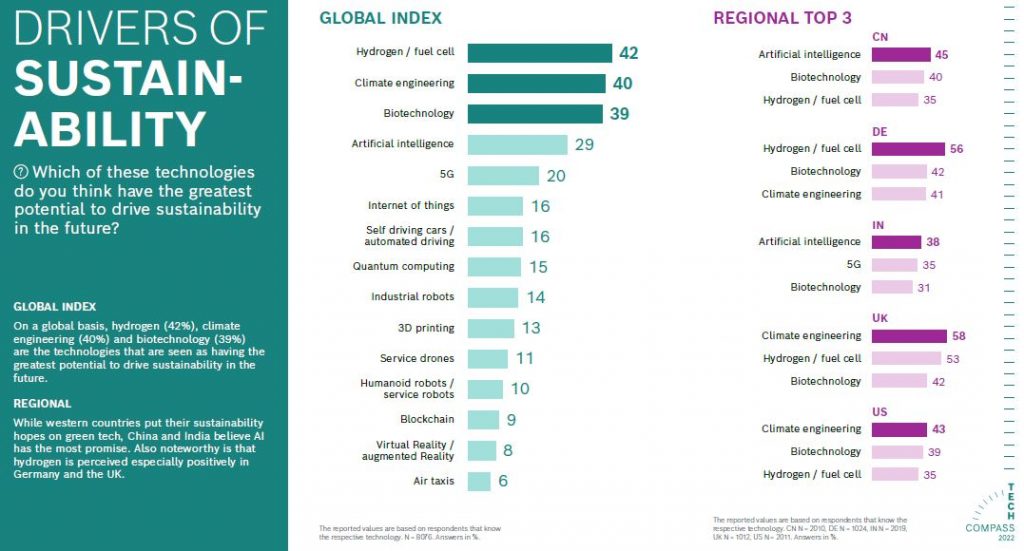 Technology that will be the most influential in 10 years

When the respondents were asked about which of the technologies will be the most influential in their own country, the vast majority of respondents in India and China said 5G, AI and IoT while the US and UK added self-driving/automated driving along with AI and 5G as the most influential. The future relevance of specific technologies from a global response is clearly dominated by AI (43 per cent) and 5G (42 per cent) worldwide.

For this study, people aged 18 and over were surveyed online in five countries (China, Germany, India, the U.K., and the U.S.) in August 2021 by Gesellschaft für Innovative Marktforschung mbH (GIM) on behalf of Robert Bosch GmbH. In Germany and the United Kingdom, 1,000 people were surveyed, in China, India, and the United States, 2,000 people were surveyed. The samples are representative of the respective country in terms of region, gender, and age (DE, UK, USA: 18–69 years/CN, IN: 18–59 years).