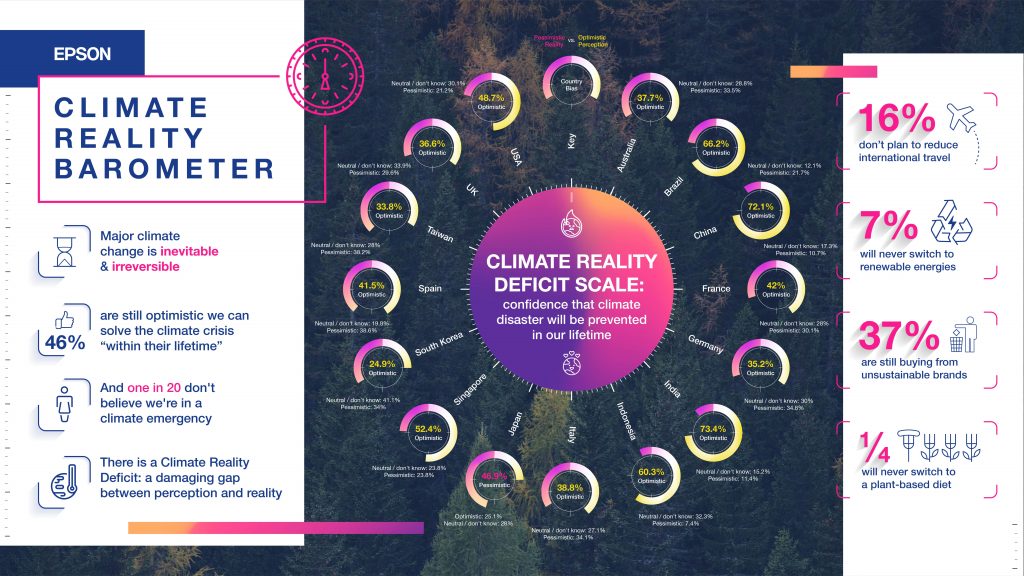 Bangalore: With just 45 days to go to the start of the 2021 United Nations Climate Change Conference (COP 26) in the UK in November, Epson announces the results of its Climate Reality Barometer. Epson’s research discovers a potentially damaging gap between climate reality and people’s understanding of its catastrophic effects. The survey captures global experiences and perceptions of climate change from 15,264 consumers across Asia, Europe, North America and South America, including 1,207 consumers in India.

When questioned about their views on humanity’s ability to avert a climate crisis within their lifetimes, almost three in four (73.4 per cent) of people surveyed in India as part of the Epson Climate Reality Barometer, state they are “very” or “somewhat” optimistic, while just one in 10 (11.4 per cent) claim to be very or somewhat pessimistic. This significantly outweighs the global trend, with close to half of the respondents worldwide (46 per cent) stating that they are optimistic and 27 per cent expressing pessimism in this regard. Results show a worrying climate reality deficit between participants perception of, the scale and immediacy of the climate emergency on one hand and the actions to tackle the same on the other. In India 4.1 per cent of respondents do not believe that there is a climate emergency at all. The US tops the list of climate deniers at 11 per cent.

The Barometer suggests that optimism may be the result of a failure to recognise climate change and, therefore, its scale. Around three-quarters of respondents in India see the link between climate change and rising global temperatures (81.6 per cent), extreme weather (78.5 per cent) and declining water supplies (75.6 per cent). In contrast, awareness falls to just over half for other important events such as famine (58.4 per cent), thawing permafrost (54.1 per cent) and insect outbreaks (59.8 per cent). 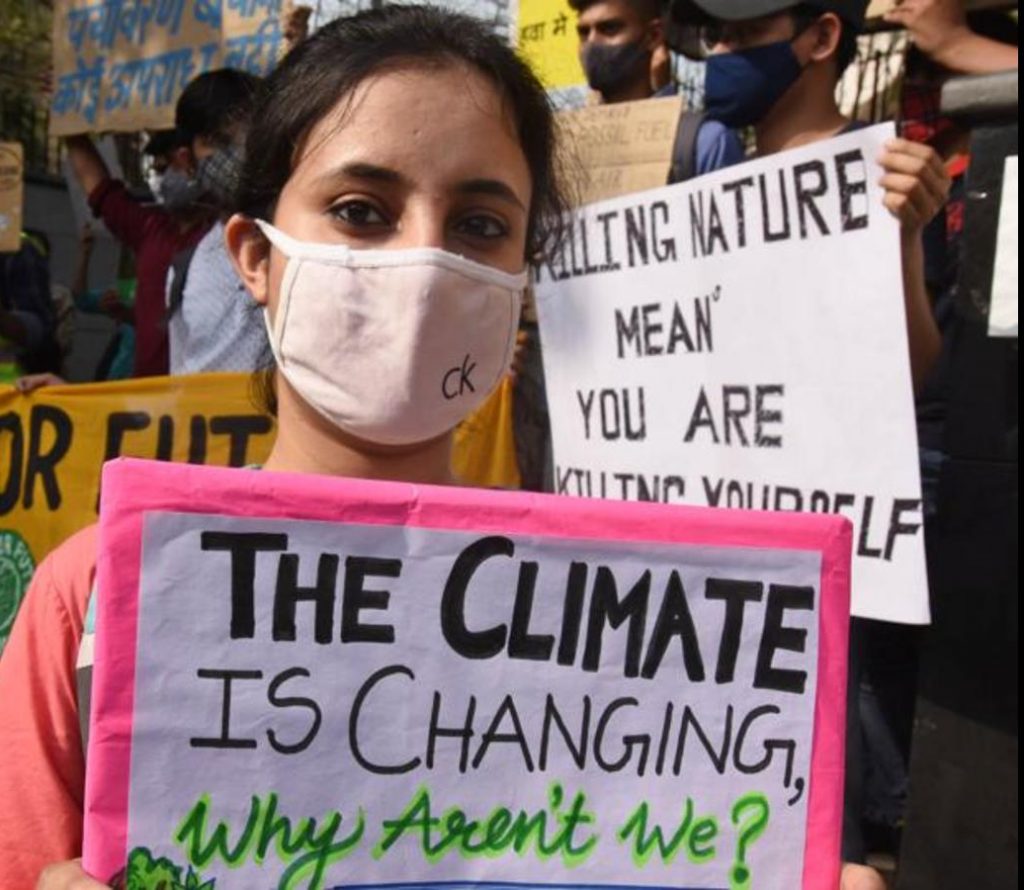 Many in India, however, still believe action should come from elsewhere: a quarter (25.8 per cent) believe governments are “most responsible for tackling the climate emergency”, and 26.9 per cent say businesses are the “most responsible” for tackling climate. The findings also suggest a lack of consistency between individual intention and action. While 66.2 per cent of Indians are already reducing plastic use, worryingly 8.8 per cent of people say they have no intention of doing so or do not know how to. Similarly, 42.6 per cent of Indians claim that they are boycotting unsustainable brands but 16.7 per cent of those surveyed say they do not intend to or aren’t sure how to go about this. And while 65.1 per cent of Indians claim that they are walking or cycling more often, 8.9 per cent still say they don’t intend to change their travel habits.

There is evidence, however, that the idea of personal and collective responsibility is gaining currency. Encouragingly, 21 per cent of respondents see that they are personally “most responsible” while (21.5 per cent) believe that we are all responsible — with action incumbent on governments, businesses, and individuals alike.

Business Reality — The Time to Act is Now

The Climate Reality Barometer suggests that for many, climate crisis remains something that happens to someone else. As the survey reveals that globally only 14 per cent of respondents recognise big businesses as most responsible for tackling the climate emergency, and just 3 per cent small companies (fewer than the 5 per cent of climate change deniers), it also suggests that now is the time for companies of all sizes to play a bigger role.

Companies can empower other businesses and consumers with sustainability supporting innovations. At Epson, this has seen the development of, for example, initiatives to reduce customer impact through the use of highly energy-efficient heat-free printing technology; and R&D into environmental technologies such as naturally derived (non-plastic) materials.

Beyond product and materials innovation, businesses can make a big difference by promoting and demonstrating climate responsibility. Epson carries this forward by transitioning to 100 per cent renewable electricity and engaging with initiatives such as the RE100 renewable energy project; working to close the resource loop for example, by promoting product refurbishment and reuse; and engaging in high impact partnerships such as its work with National Geographic to protect permafrost.

Yasunori Ogawa, Global President of Epson, commented: “The discovery of the Climate Reality Deficit shows that awareness coupled with action, will be critical to tackling the emergency. Epson’s goal is to bring this awareness and the technologies needed — by our company, other businesses and consumers — to action transformational change. Sustainability is central to our business plan and backed by significant resources — because while we know there is a long way to go, we believe we can build a better future.”