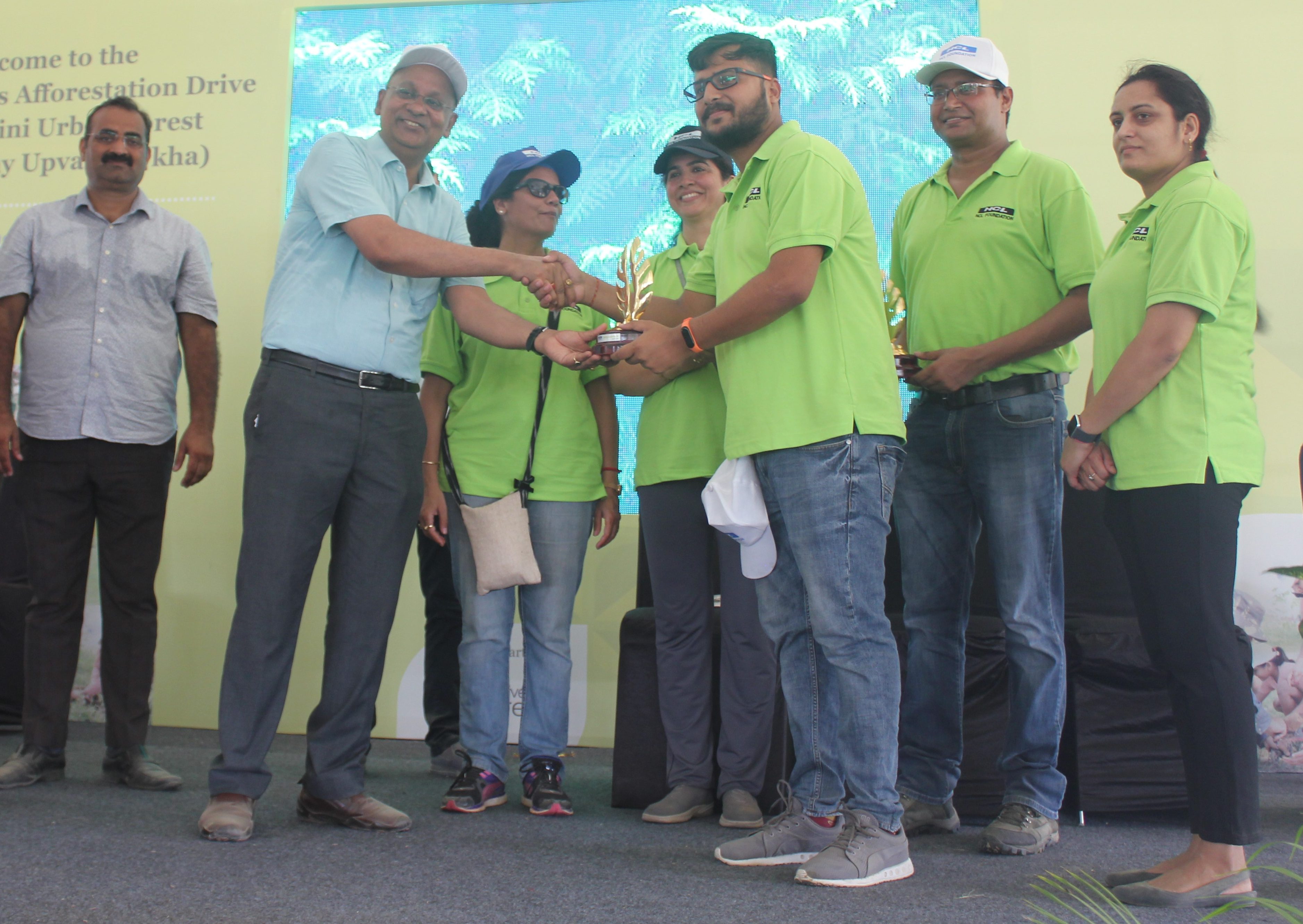 Brajesh Narain Singh, District Magistrate, Gautam Buddh Nagar, graced the occasion in the presence of Nidhi Pundhir, Director – HCL Foundation, among other dignitaries. The drive was attended by more than 4000 people. 6000 saplings were distributed for the plantation drive in Phase III of Uday Upvan, Sorkha to make the city greener.

Uday Upavan is an urban forest which is maintained and developed by HCL Foundation with support from District Administration, Gautam Buddh Nagar, and NGO partner – Give Me Trees Trust (GMTT). This 4.5 hectares of land has become lush green in less than two years, all thanks to the commitment and efforts of the district administration, GMTT team, HCL’s Power of One Community Champions, community members from RWAs and villages, who have dedicated volunteering hours to ensure saplings survive the harsh weather conditions. HCL Foundation has been working towards combating desertification, deforestation, land degradation, native biodiversity loss and planted more than 46,000+ native species saplings pan India in the past four years with more than 90 percent survivability.  It has been working on lake rejuvenation and conservation in various parts of India. It has been instrumental in bringing social and environmental behavioural change among various sectors in the community.