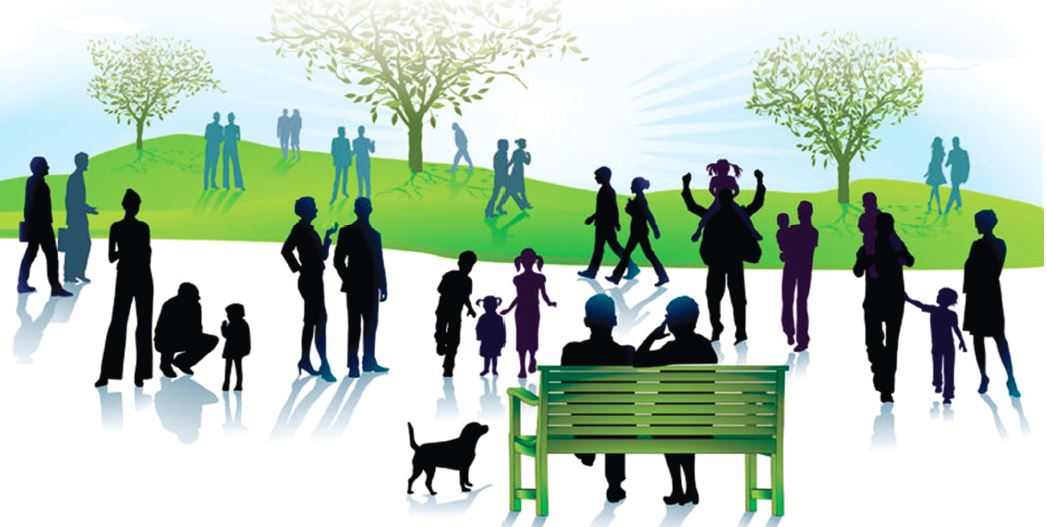 In a city that never sleeps, the garbage on Mumbai’s streets also does not seem to be giving its citizens respite from the eyesore and cringing display of unhygienic, unabashed and contaminated mess. Eagles and crows circle the mound of trash, visible much before one is assaulted by its stench. Garbage piled high, strewn all over, and sometimes collected into little heaps for cleanup, which happens ever so rarely.

None of this bothers 10-year-old Akshay and his mother as they make their way through the adjacent lanes.

“Choked drains, indiscriminate waste disposal and overflowing central waste container is attributed to a number of factors including poor conceptualisation of sanitation, lack of adequate sanitary facilities, ignorance and irresponsibility of individuals, households and communities, legal and illegal construction, large government infrastructure projects, and the rapid springing up of unauthorised temporary structures.”

For years, the two have crossed these roads, knowing that this makes them vulnerable to infections and diseases. They have no choice. Living and working in the neighbourhood, they have made their senses immune to the trash.

Two girls buy vegetables from vendors sitting across the mound of garbage and stop to eat panipuri at the roadside vendor next to another trash collection bin that is shaping into a pile. One can find these trash piles near markets and houses all over the lanes and main roads.

Panning to a highrise nearby, we see Rashmi Shah sitting on a sofa near the French windows of her 12th-floor apartment, sipping tea. She ignores the jarring view of a mountain of trash on the road opposite her apartment complex. She does not send her six-year-old daughter to the garden close by because of the trash dumped near it; instead, her little girl is homebound, allowed to play only within the confines of the living room.

Mumbai has a peculiar stinking smell which greets its visitors, irrespective of influence. According to an article in Mint, India generates over 150,000 tonnes of municipal solid waste (MSW) per day, with Mumbai being the world’s fifth most wasteful city. Yet, only 83 per cent of waste is collected, and less than 30 per cent is treated. According to the World Bank, India’s daily waste generation will reach 377,000 tonnes by 2025. Blame urbanisation or industrialisation; the consequences of India’s megacities producing tonnes of waste are troubling.

Choked drains, indiscriminate waste disposal and overflowing central waste container is attributed to a number of factors including poor conceptualisation of sanitation, lack of adequate sanitary facilities, ignorance and irresponsibility of individuals, households and communities, legal and illegal construction, large government infrastructure projects, and the rapid springing up of unauthorised temporary structures. Other factors include an increasing number of squatters and indiscriminate street hawking. A large proportion of the waste generated in Mumbai is uncollected and ends up in the drainage system, water bodies and open spaces.

Initially perceived as peripheral to the city (South Mumbai), large parts of suburban Mumbai are now situated within the built-up area of the city with a high-density population. With no proper urban planning, it has consequently led to haphazard growth due to the inability of city authorities to enforce construction and building standards. In addition, streets within the community have been encroached upon due to the absence of space within residential compounds. 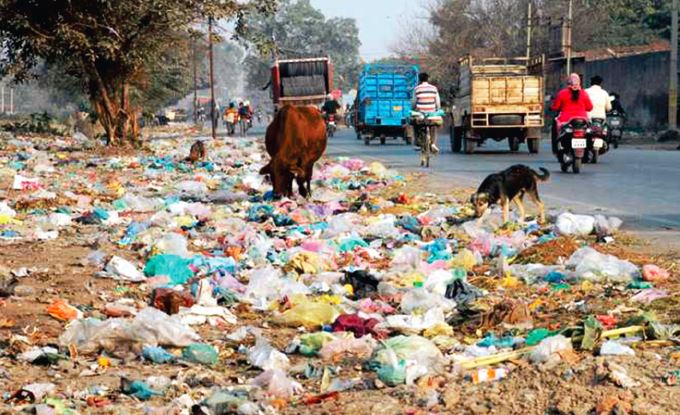 In some areas, people continue to dump their refuse in the collection areas despite the containers being removed. Other households in the community also dump their garbage into drains and open spaces. In slum areas, individuals construct small gutters in front of their houses into which they throw their liquid waste. However, because these areas have no drainage system, this liquid waste stagnates, leading to mosquito breeding.

“It is becoming evident that waste is a serious multi-faceted development problem with direct implications on the achievement of the Millennium Development Goals (MDGs). While there have been extensive discussions about health and environmental implications of poor sanitation and waste management, relatively little has been said about the social impact of the poor urban living environment.”

What is surprising are the roadside garbage dumps where cows feast on the refuse in upscale areas, major roads near swanky offices, temples and markets where thousands of people visit every day. The putrid piles of garbage all over the city stand as a landscape to be seen but somehow ignored.

In Mumbai where more than 50 per cent of the population live in slums, and more than two million people live in old dilapidated buildings, addressing garbage collection is a challenge. Besides, it is not just householders who throw garbage on the roads; shops, vegetable and food vendors, and piles of debris that is generated from redevelopment, construction and digging etc., find their way to the streets and every available open space.

According to an article in Mid-Day, currently, of the 7,200 metric tonnes of garbage that Mumbai generates daily and dumped at Deonar, Mulund and Kanjurmarg dumping grounds, 900 metric tonnes comes from Construction and Demolition (C&D) debris from construction sites. The C&D waste generated from infra and development projects is still unaccounted for. C&D waste is used to describe solid waste material generated from the construction and demolition of buildings. It includes everything from bricks, rocks, concrete and other masonry material to wood, plumbing fixtures and glass.

It is becoming evident that waste is a serious multi-faceted development problem with direct implications on the achievement of the Millennium Development Goals (MDGs). While there have been extensive discussions about health and environmental implications of poor sanitation and waste management, relatively little has been said about the social impact of a poor urban living environment.

Given an opportunity, most children choose to play out in the open space. It is a basic human drive and is fundamental to children’s development. The impossible surrounding environment they are greeted once they step out of their homes gives rise to many an ailment. Schooling is thus frequently interrupted, affecting their emotional and long term stability.

The quality of public space influences social interaction. When they are well-maintained, residents are able to utilise them. From a simple act of footpath access to street corners, activity by residents can inhibit anti-social behaviour making neighbourhoods safer and livelier places. In areas where trash and garbage overtake such spaces, community life breaks down and is being replaced by vandalism, drug use and criminal behaviour.

Behavioural, biological, cultural, economic, social, physical and political factors influence urban health. Urban health invariably relates to living conditions, housing quality, and poverty. The association of ill-health with areas of high deprivation in towns and cities is in part, a reflection of the state of the urban ecosystem.

On average, Mumbaikars spend 40-45 minutes commuting every day. Added to the train and bus rides are the challenges of just walking for daily needs. Be it a walk from the house to the railway station, the market or the school, or just a stroll to the nearest garden; walking in this city is simply a nightmare. Garbage lying on the streets obstructs the smooth movement of vehicles and pedestrians. People have to walk on the main road to avoid the garbage that has taken over footpaths. It is not just harrowing, but risky for senior citizens and children to walk in several parts of the city; making it compulsory for them to be homebound. How wonderful it would be if the common man is gifted clean, unobstructed footpaths to walk along in every nook and corner of the city?

Anxiety and the frustrations imposed by sub-standard conditions can undermine patience. Children and women can easily become victims of violence and abuse.

Garbage on the street has a significant effect on the day to day living of citizens – from making senior citizens and children homebound, to frustration and demotivation in people already weary after a long commute; helplessness of citizens in general; anger of the youth who have no place for simple social activities; the travails of women and girls as they jump around the garbage; the cost of medical treatments due to infections, and its economic impact on the household – the filth and debris slowly and steadily eating away at the spirit of the city…

Mumbai City needs to clean up so that the spirit can soar once again.