National: Every year, International Mother Earth Day is observed to draw attention to the importance of restoring our relationship with nature. It acknowledges that “the Earth and its ecosystems are our home” and that “promoting harmony with nature and the Earth is vital.”

This year, Earth Day focuses on investing in the planet while continuing its effort to restore natures’ ecosystem. The planet – and its inhabitants – will be healthier if our ecosystems are healthy. Combating climate change and preventing mass extinction would all benefit from restoring our devastated ecosystems. However, we will only be successful if there is a contribution from every community.

Tata Chemicals over the years has undertaken several initiatives towards investing in the planet, through restoration and conservation of bio-diversities that includes Mangrove Restoration, Coral Reef Restoration, and Scrub Forest Ecosystem Restoration. Through these, it is promoting species conservation and strengthens biodiversity.

With sustainability at the core of its strategy, the Company’s goal is to strengthen its long-term resilience by undertaking pioneering initiatives that contribute to a thriving world.

Restoration of the Coral Reef Ecosystem 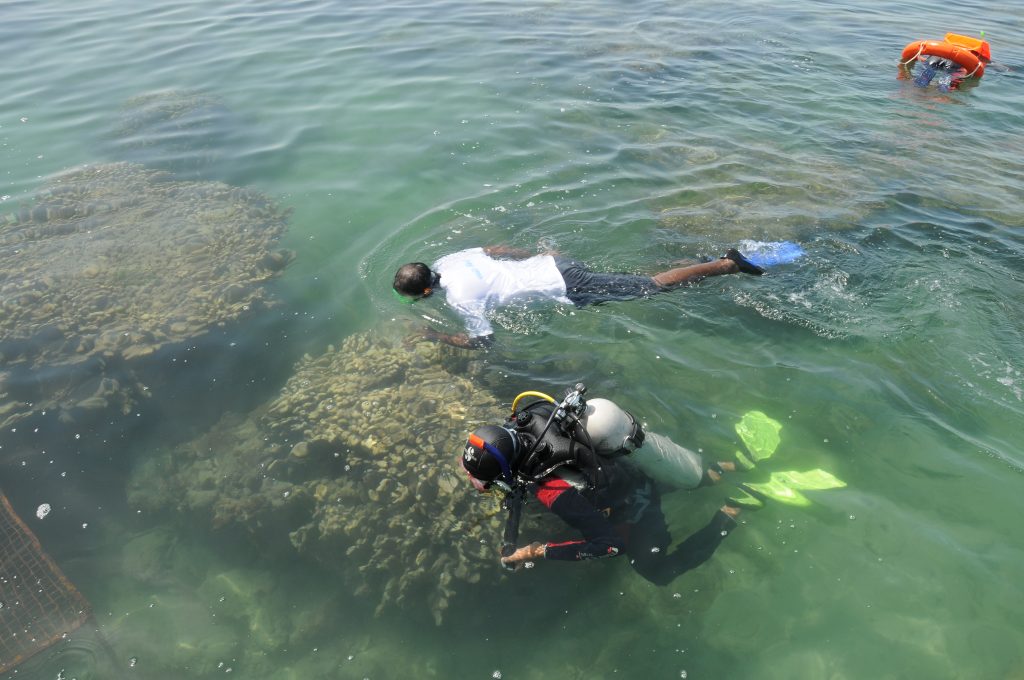 The Coral Reef Ecosystem Restoration Project, which began in 2008 is funded by Tata Chemicals and is a joint venture with the Wildlife Trust of India and the Gujarat State Forest Department. Coral reefs are an important marine ecosystem, and they support a rich diversity of marine life, thereby supporting the livelihoods of the communities around them.

The initiative started by focusing on mapping the biodiversity and the boundary of the Mithapur coral reef to establish baseline data and understand the prevailing status of the reef. The second phase focused on getting the corals from Lakshadweep for transplantation at Mithapur. A first-of-its-kind attempt to move the delicate live coral fragments over a distance of more than 1,200 kilometres from the Lakshadweep Islands to the Mithapur reef was undertaken. This was part of the ground-breaking initiative where live fragments of Acropora humilis, a species of fast-growing branching coral were raised in a nursery at Lakshadweep and later transported to Mithapur to help speed up the reef-building process.

The project has been instrumental in the creation of 3,149.6 sq. m of artificial reef structures – an additional hard surface area in the form of artificial reef structures for coral larvae recruitment. It has helped in the creation and testing of long-distance coral transportation and transplantation protocols, which will serve as a foundation for the global research community working on coral conservation.

Conservation of Coastal Biodiversity through the Restoration of the Mangrove Ecosystem 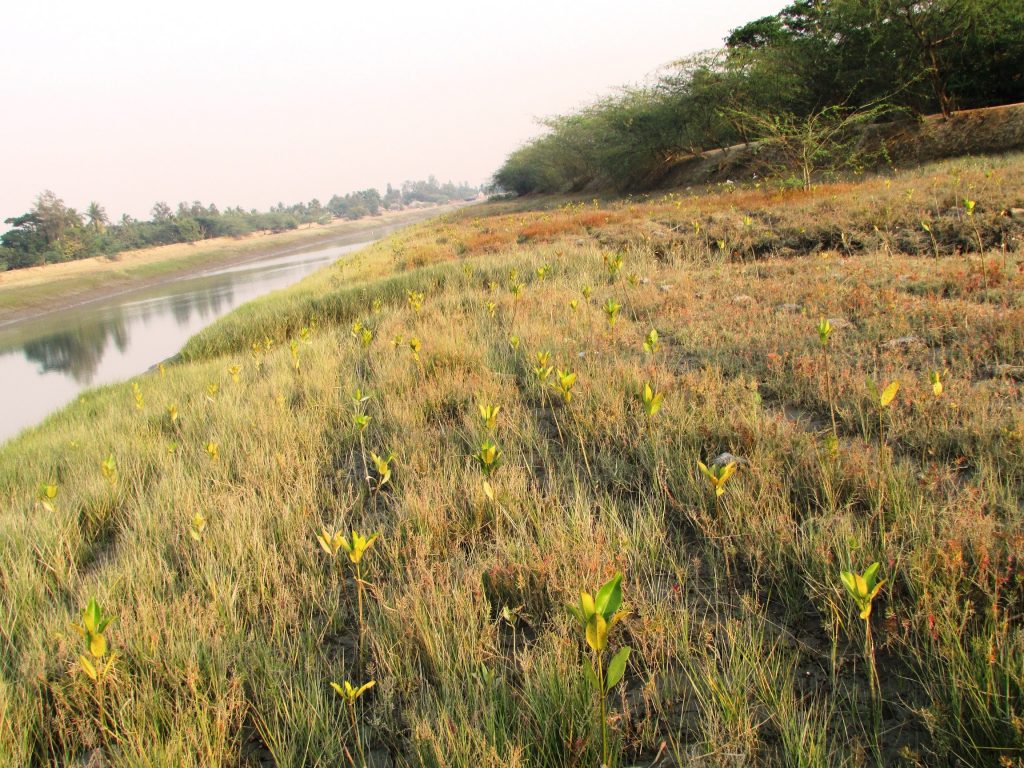 The restoration of mangroves has started receiving attention in recent times. The decline in fishery resources, livelihood threats to coastal communities, the progressive increase in coastal erosion and the subsequent salinity ingress, etc., have all spurred interest in mangrove conservation.

As part of TCL’s drive to strengthen coastal 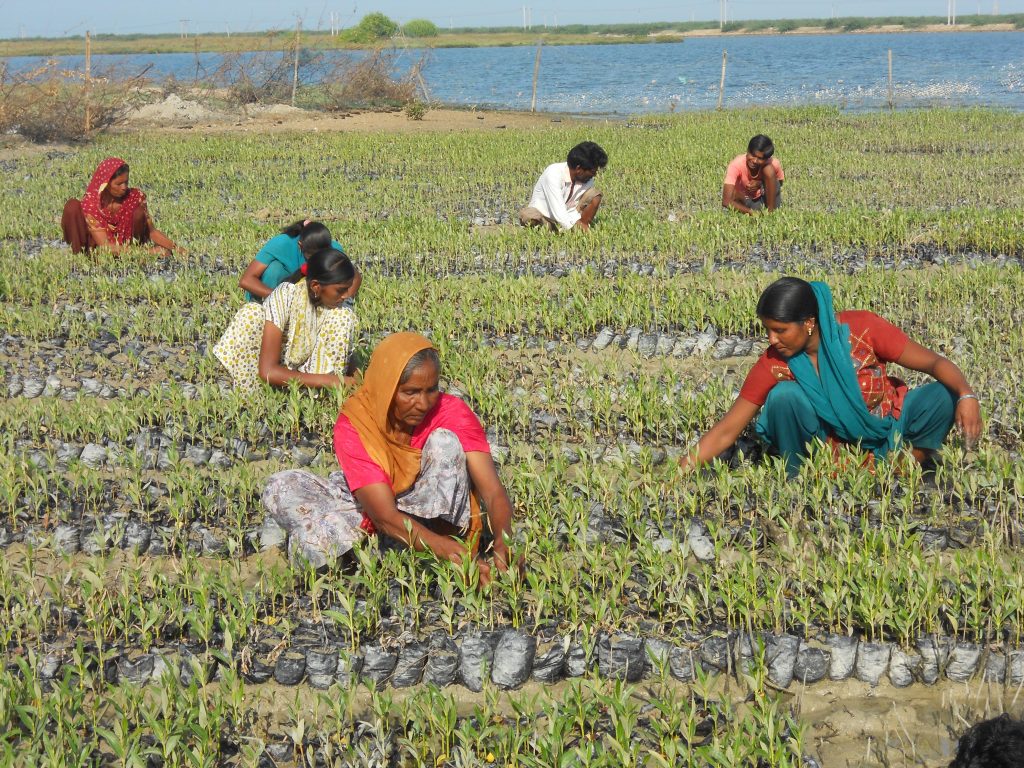 ecosystems, the mangrove plantation project was taken up at the Rukshmani Creek site near Dwarka, some 20 km. from Mithapur. This project aimed at restoring the original mangrove cover which will help improve coastal ecology and provide roosting and nesting sites for aquatic birds. This project was initiated in partnership with the International Union for Conservation of Nature (IUCN) and subsequently, Tata Chemicals has continued with the mangrove restoration work. As a result of this initiative, Mangrove cover has been restored to over 50 acres of denuded tidal mudflats and the site is now a source of seafood for the fishing community during the monsoon season when fishing at sea is banned. Additionally, the number of birds recorded here has gone up from nine species at the beginning of the project to 33 species now.

At the Sundarbans where there was much destruction of property due to the Aila storm in May 2009, Tata Chemicals along with Tagore Society for Rural Development started a mangrove plantation, intending to restore mangroves cover in the denuded stretches. The Sundarbans are threatened by various challenges, namely, population pressure, spatial transformation, excessive resource extraction, sea-level rise, salinity spread, and Climate Change. The project addresses some of these issues. Moreover, the Plantation of more than 6.18 lakh mangrove saplings has been done on about 270 acres with a survival rate of about 89 per cent. 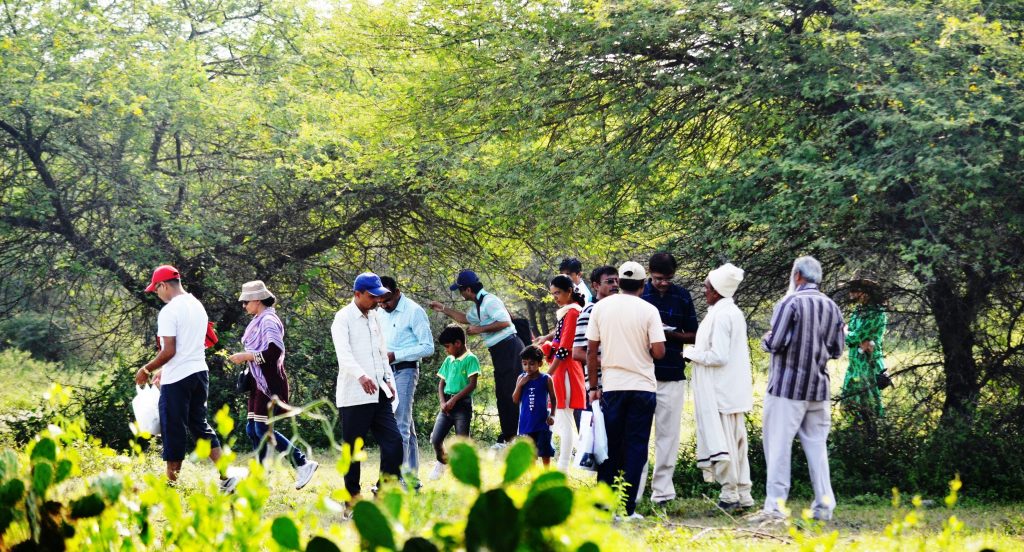 The project revolved around protecting the indigenous flora of the Okhamandal region from the invasive alien flora that had also impacted wildlife around the region.

The need of the hour was to secure a sanctuary for local strains of indigenous flora which have over the centuries evolved and adapted well to the adverse climatic and physical conditions of Okhamandal. This sanctuary would act as a reserve for native flora biodiversity and provide habitat for local wildlife including the pollinator populations which is vital for sustaining the local farm-based economy. This sanctuary would also be a secure seed bank for mass propagation of native flora species in times to come. It is in this context that Tata Chemicals took up the project for the restoration of 150 acres of the open scrub forest ecosystem. Micro habitats were developed using flora species raised from genetic material from wild stocks to suit different plots and pockets of land with varied physical characteristics.

150 acres (60 hectares) of non-agricultural fallow land has been developed into an open scrub forest which also serves as a botanical reserve for the conservation of local strains of the indigenous flora of the Mithapur region. A total of over 145 flora species have been recorded at the site. The bird species recorded here has more than doubled – i.e., 40 at the time of initiation of the project in 2004 to 105 now. 20 wild animal species including nine species of reptiles have been recorded here.

These restoration efforts by Tata Chemicals have not only helped in enhancing the ecosystems and benefitted the wildlife community around the region, but they have also created livelihood opportunities, generated employment, increased community knowledge and participation in these activities, and helped study ecosystems closely.

Tata Chemicals has won the UN Global Compact India award for Best Biodiversity Case Study in 2017 and the CII Sustainability Award for Significant Achievement in Biodiversity in 2019 as a result of its efforts toward biodiversity conservation and ecosystem restoration.

The Company was also awarded FICCI Excellence in CSR award and ranked 4th amongst the Indian corporates for its Sustainability and CSR Practice in Responsible Business ranking in 2021.