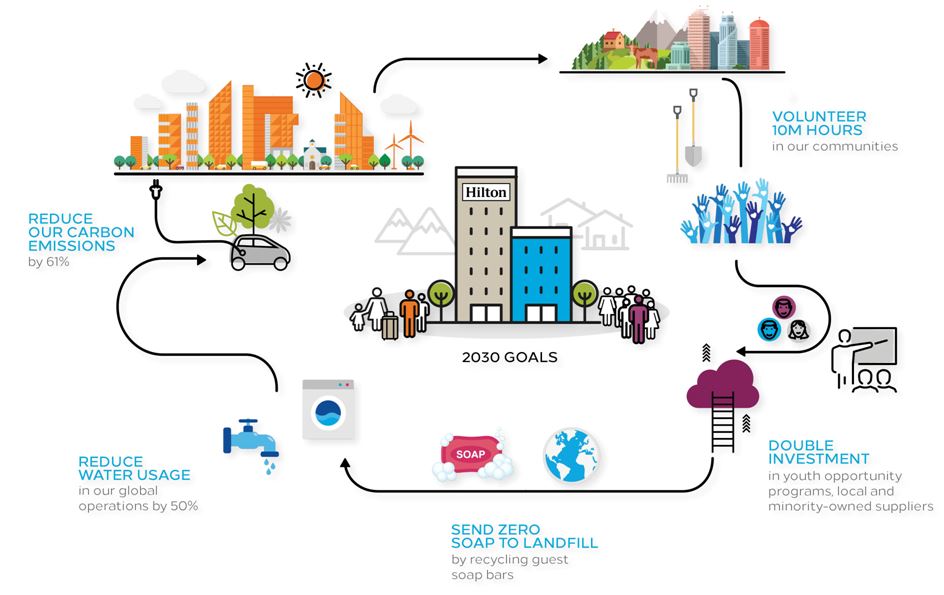 New Delhi and Singapore, May 25, 2018: Hilton today announced it will eliminate plastic straws across its managed hotels in Asia Pacific by end 2018, and transition away from plastic bottles from its conference and event spaces. This follows the company’s global commitment to cut its environmental footprint in half and double its social impact investment by 2030.

The Company will also double the amount it spends with local and minority-owned suppliers, and double its investment in programmes to help women and youth around the world. These goals are part of Hilton’s Travel with Purpose corporate responsibility strategy to further the United Nation’s 2030 Sustainable Development Agenda.

“As a global hospitality company operating more than 5,300 hotels in over 100 countries and territories, we are committed to have a positive impact on the communities we operate our hotels in,” said Alan Watts, Executive President and President, Asia Pacific, Hilton. “We believe waste is a solvable problem. By focusing first on plastic straws and plastic bottled water, we take another step forward in our journey to ensure that the destinations where travelers work, relax, learn and explore are vibrant and resilient for future generations to come.”

Hilton’s new 2030 goals include the following social and environmental targets:

Cut Environmental Impact in Half to Help Protect the Planet

Hilton is already an environmental leader in the industry. Since 2008, the Company has reduced carbon emissions and waste by 30 percent, energy and water consumption by 20 percent saving more than $1 billion in operating efficiencies. LightStay, an award-winning performance measurement system calculates, analyses and reports the environmental impact at each of Hilton’s more than 5,300 hotels. Hilton will use LightStay to track its goal of reducing carbon emissions by 61 percent across its portfolio by 2030.

“The World Tourism Organization commends Hilton’s focus on sustainability, which is in line with our overall commitment as the UN’s agency that is dedicated to promoting sustainable tourism for development worldwide. Hilton has been our partner in this endeavour, raising awareness among customers with examples of best practices for the hospitality industry,” said Zurab Pololikashvili, Secretary-General of the World Tourism Organization (UNWTO).

“Companies play an integral role in solving our climate crisis,” said Sheila Bonini, Senior Vice President, Private Sector Engagement, World Wildlife Fund. “By committing to significant intensity emissions reductions based on science, Hilton is setting in motion a plan that will have ripple effects across the hospitality industry while providing more sustainable options for travellers.”