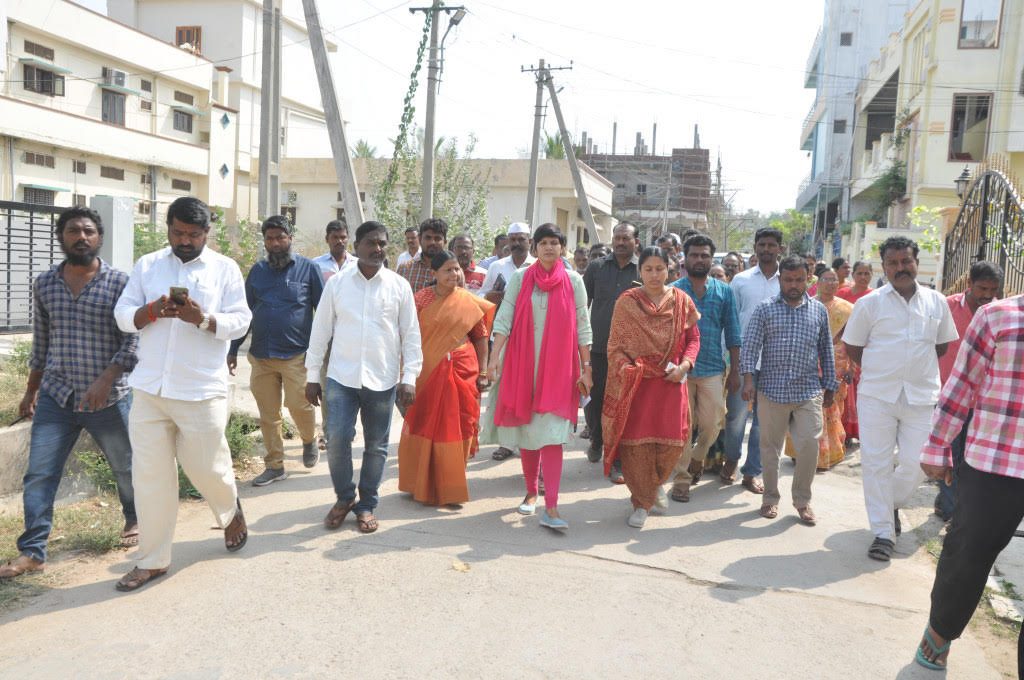 Narayanpet, Telangana, November 19, 2020: Time and again, civil servants of our nation are accused of being file – pushers who are distant from people’s issues. But the reality is far beyond political stories and flashy cornerstones, it’s the bureaucrats who administer and run the country on the ground.

These officers work in distant rural areas far away from the limelight and focus on the challenges on the field, rather than meddling with issues that have no well-being for the community.

One such officer’s name in the list of best IAS officers in Telangana worth mentioning is Dasari Hari Chandana, an IAS Officer with the singular goal of delivering government benefits to people who really need it.

What we usually visualise or read in books and watch in movies, this dynamic officer in Telangana has implemented on the ground. Right from spearheading the construction of 35,000 ISLs in urban areas, public toilets and “SHE” toilets in Narayanpet, to launching Telangana’s first mobile bus toilet, to promoting greenery and waste management; there seems to be a never-ending list of public initiatives undertaken by Hari Chandana.

Narayanpet, a small town comprising 282 villages in Telangana, lacked basic amenities and institutional structures like dump yards, garbage carrying vehicles, poor monitoring due to lack of sufficient staff and many such challenges.

The District Magistrate leveraged technology by launching the Palle Pragathi app to monitor each and every village development-related activity and brought together 165 officers of all levels in the district along with 282 Gram Panchayat Sarpanches and Secretaries in the app.

Commenting on her novel approach towards promoting greenery, Hari Chandana stated, “With an ever-growing population, and increasing waste generation the ecosystem management is quite crucial. So rather than investing public funds on recycling infrastructure, we had taken small steps like recycling and reusing tyres, plastic tiles and using them to build utilities like bus stops, footpath, etc.”

In the field of urban infrastructure, Ms Hari Chandana, one of the best IAS officers in Telangana has personally overseen the development of Durgam Cheruvu lake, and the iconic Durgam Cheruvu cable bridge which is a one-of-its-kind engineering marvel.

Ms Hari Chandana has been the advocator of women’s rights and quite a major portion of her initiatives were geared up towards women empowerment. Be it setting up “SHE” toilets, or women employment generation, empowered Self Help Groups, this officer is clearly setting an example and grown into a role model IAS officer in Telangana with top of the line benchmarks to follow.

During this pandemic, when the world came to a virtual standstill and unemployment was at its peak, Ms Hari Chandana helped women from SHGs manufacture and sell over 8 lac masks, and one lakh ayurvedic masks, to support their livelihood. A decisive VocalforLocal Officer.

While the list of her initiatives is never-ending, to-date, she has spearheaded the recycling and reuse of 35 metric tonnes of plastic, around 38 first-of-its-kind Feed the Need fridges, five theme-parks across Hyderabad, and four compost centres.

She has also facilitated 85 lakh plantations across the district, 326+ community toilet complexes, 65,000+ individual toilets, 280 dump yards and 200 segregation sheds in villages, while 47 villages constructed modern crematoriums at their cost.

All of this, Ms Hari Chandana added, was achieved via efficient monitoring of officials and government resources on the ground. With ever-growing support from the community and local government, she has helped Narayanpet evolve into a model district for other regions.

With officers like Hari Chandana taking the initiative at the grassroots level, we can definitely realise the dreams of Swachh Bharat, self-sustained villages and empowered women with a rejuvenated local economy.