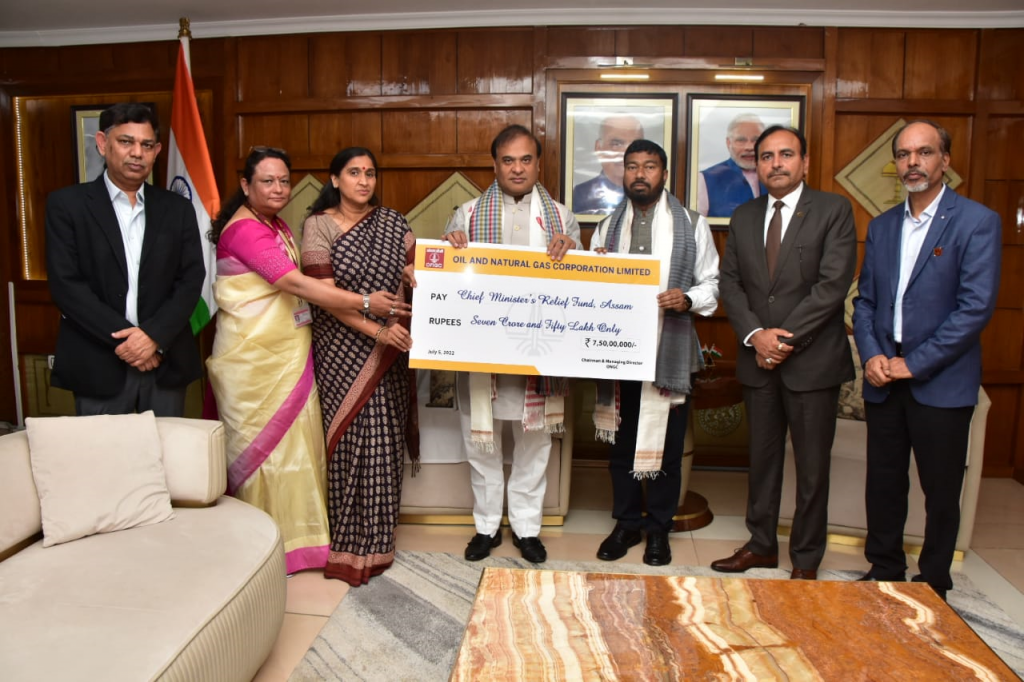 New Delhi: Standing in solidarity with the people of Assam, Energy Maharatna Oil and Natural Gas Corporation Limited (ONGC) has contributed Rs 7.5 Crores to the Chief Minister’s Relief Fund to support the relief and rehabilitation works in the flood-affected North-Eastern State.

ONGC CMD Dr Alka Mittal along with Director (Onshore) Anurag Sharma, met the Hon’ble Chief Minister of Assam, Dr Himanta Biswa Sarma. Also present was the Union Minister of State for Petroleum and Natural Gas, Labour and Employment Rameswar Teli. They expressed their profound pain on the heavy loss of lives and livelihood in the State due to the floods while handing over the relief.

Speaking after meeting the Chief Minister, ONGC CMD Dr Alka Mittal said ONGC has been and will be always with the people of Assam, who are battling unprecedented floods in the majority of its districts.